Gas visualisation or Optical Gas Imaging (OGI) is the science of visualising gases. There are various techniques for making a gas visible, but in this article we will discuss gas visualisation by using thermal cameras.

Why can we visualise certain gases in IR?

Thermal imaging cameras measure thermal energy. Due to the rotation and vibration of molecules, certain gases can absorb electromagnetic energy. The energy that can be absorbed, can also be emitted (radiated).

Gases consisting of 1 atom (for example, Helium – He -, Neon – Ne – or Krypton – Kr -) and gases consisting of 2 atoms (Hydrogen gas – H -, Oxygen – O -, Nitrogen – N -) do not create these vibrations. More complex gases like CH4 (methane) or CO2 (carbon dioxide), SF6 ( Sulfur Hexafluoride) are just some of the examples that can absorb electromagnetic energy.

So with a gas detection camera you want to distinguish between the energy absorbed/emitted by the gas itself and the amount of energy coming from the environment.

What is needed to visualise the gas?

A gas detection camera/Optical Gas Imaging camera is built with a sensor or spectral filter that is highly sensitive to the spectral band in which the gas absorbs IR light.

In other words, the greater the difference in radiation between the gas and its surroundings, the better the gas can be detected with the gas detection camera.

To visualise a gas with a thermal imaging camera, it is important that the gas absorbs light in the spectral band in which the camera is built. Most portable uncooled thermal imagers measure in the 7.5-14µm range.

It is necessary for the thermal imaging camera to be able to detect a radiation difference between the gas and the environment. Most gases are not visible with a standard thermal camera. Water vapour, the gas phase of water, is also not visible in the air to the human eye. As humans, we see the condensation of the gas in the air when the water vapour comes into contact with an air temperature that is below the dew point. Since that water is opaque (not transparent) to a thermal imaging camera, we can see this water vapour better with a thermal camera than with our naked eye.

If a gas has a high transparency of light in the spectral range of the camera, the thermal camera will not be able to detect the gas. These transparency curves as well as the spectral bands of thermal imaging cameras can be consulted online. Thermal Focus can help you with this. 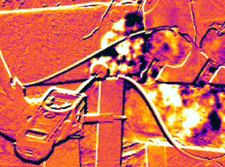 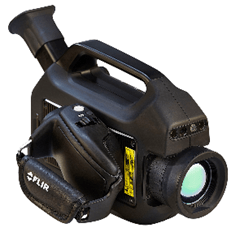 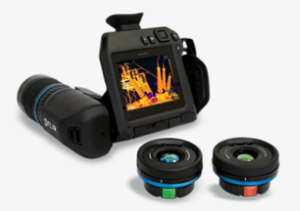 Optical gas imagers are among the most sensitive thermal imaging cameras on the market. In order to measure in certain wavelengths at low temperatures, it is necessary to use a sensor that is sensitive in that spectral range. 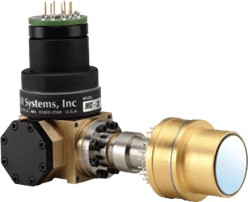 Uncooled gas detection cameras work with a detector that does not need to be intentionally cooled. These types of cameras are also only used in LWIR to visualise gases.

The choice between a cooled and uncooled thermal imaging camera is determined by 2 factors:

A sensor is built to look through the air with a limited influence of airborne gases such as CO2, H2O, CH4 and O3. These gases reduce the transmission of the IR light through the air. This is why thermal imaging cameras are mainly built in MWIR (3-5µm) and LWIR(8-12µm) and there is little interest in the zone between 5-8µm for example.

Although a sensor is sensitive in a wider IR spectrum, a spectral filter is used. The GFx320 is a gas detection camera that has an InSb detector (3-5µm), but has a filter that passes through the spectral band of 3.2-3.4µm. Up to 400 different gases are visible in this spectral band. This is why we also call the GFx320 the VOC camera. VOC stands for volatile organic compounds.

Gases that can thus absorb IR light in the spectrum where the gas detection camera is imaging this part of the spectrum, become visible. 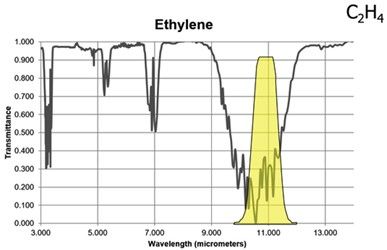 Figure 7: Spectral band of Ethylene compared with the range of FLIR GF306 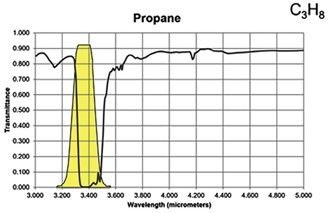 A brief overview of visible gases in IR 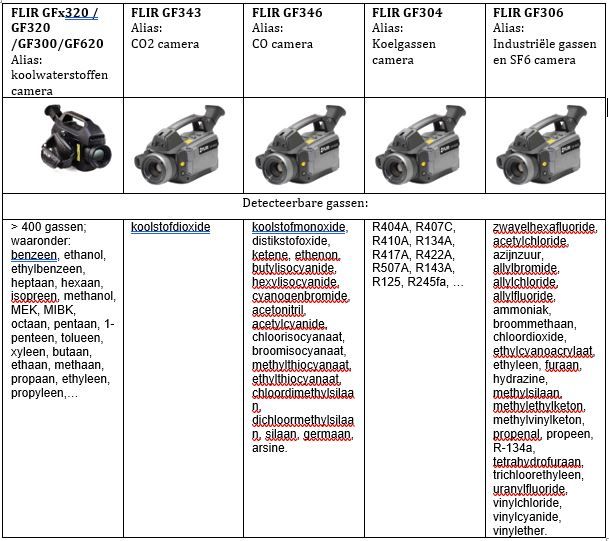 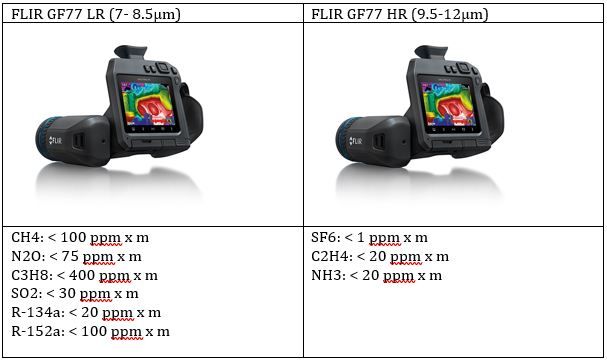 In order to visualise a gas, an advanced frame substraction filter is used. In the thermal cameras this can be found as an HSM (high sensitivity mode). The filter is aimed at comparing images over time. There is an interest in a radiation difference that can be detected by the camera. The delta radiation of each pixel is displayed in a smooth manner. Because the gas is in motion, a delta radiation arises due to the concentration differences of the gas. 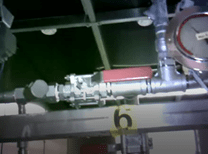 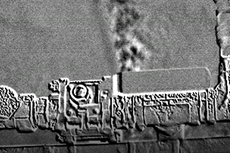 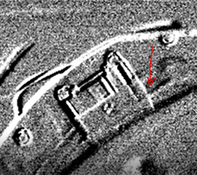 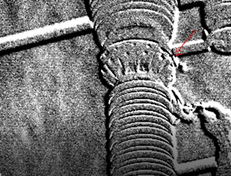 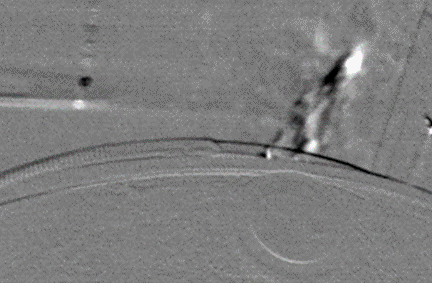 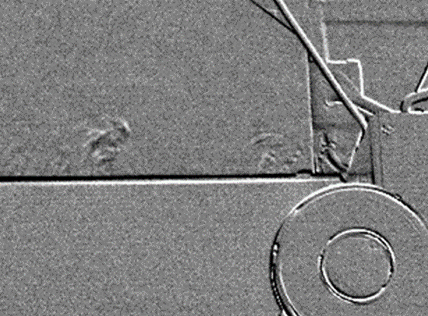 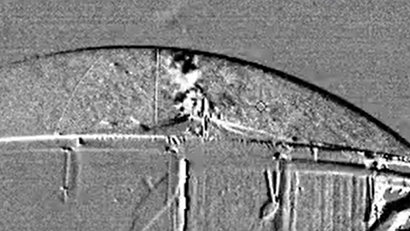 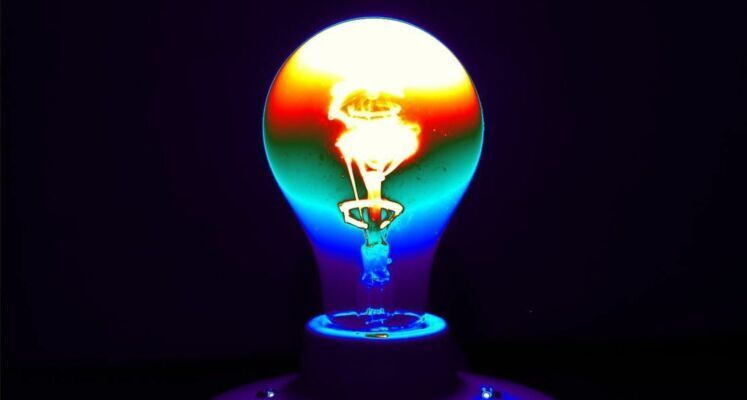 What are the differences between cooled and uncooled thermal imaging cameras?

Everyone knows the standard thermal imaging cameras . But did you know that there are also cooled models in our range? These offer a number of interesting advantages. 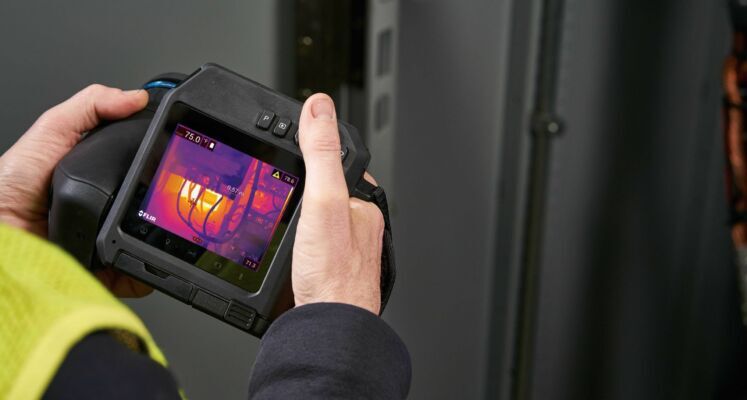 What is a thermal imaging camera?

A thermal imaging camera is a camera that converts a portion of infrared light from the electromagnetic spectrum (EMS) into an image or video.

Read more
« Back to the blog list
We use cookies on our website to give you the most relevant experience by remembering your preferences and repeat visits. By clicking “Accept All”, you consent to the use of ALL the cookies. However, you may visit "Cookie Settings" to provide a controlled consent.
Cookie SettingsAccept All
Manage consent

This website uses cookies to improve your experience while you navigate through the website. Out of these, the cookies that are categorized as necessary are stored on your browser as they are essential for the working of basic functionalities of the website. We also use third-party cookies that help us analyze and understand how you use this website. These cookies will be stored in your browser only with your consent. You also have the option to opt-out of these cookies. But opting out of some of these cookies may affect your browsing experience.
SAVE & ACCEPT

In order to optimize your user experience, we would like to know how we can service you. If you make the choice below, we can provide you with more specific information. Thanks in advance from the Thermal Focus Team.