When selecting a thermal imaging camera, there are several technical factors that influence your choice. For example, the resolution. But why is resolution so important in thermography?

Thermal resolution consists of the number of pixels on the sensor. With a higher resolution, each image contains more information. This increases the chance of obtaining accurate measurements.

During these measurements, the camera takes the average of several pixels to determine the temperature. For older systems this was 3×3 pixels, in modern devices we better count with 5×5 pixels.

The spatial resolution of a thermal imaging camera is based on the number of pixels and the image reaching the sensor. Together, they determine how accurate the temperature measurements are.

There are three components that influence the spatial resolution:

Let us illustrate the difference between these components with an example.

Imagine you are driving on a motorway. What you see through the windscreen is your Field of View (FOV). After a while a billboard appears in the distance. You see the sign but cannot read the text because the distance is too large. That is the Instantaneous Field of View (IFOV). As you get closer, the text becomes readable. This is called the Measurement Field of View (MFOV) – the maximum distance to measure.

Ultramax, also known as super-resolution, is a way of increasing resolution using software. The camera takes several images and superimposes them. For example, it takes a 640×480 image and makes it 1280×960. This is an image enhancement, but it does not have the same quality as an image from a camera with a sensor whose resolution is 4x higher.

Examples of the difference in resolution in thermography

The difference between low and high resolution thermal imaging cameras gets immediately clear with the examples below. 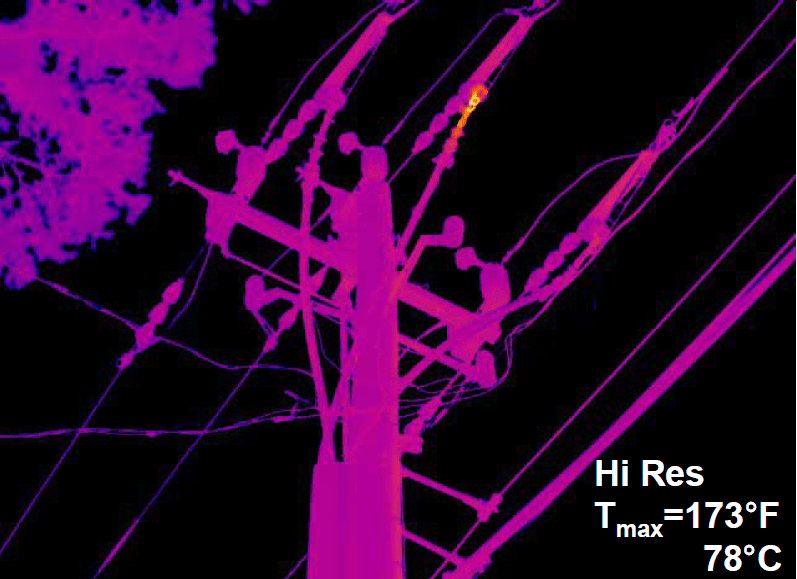 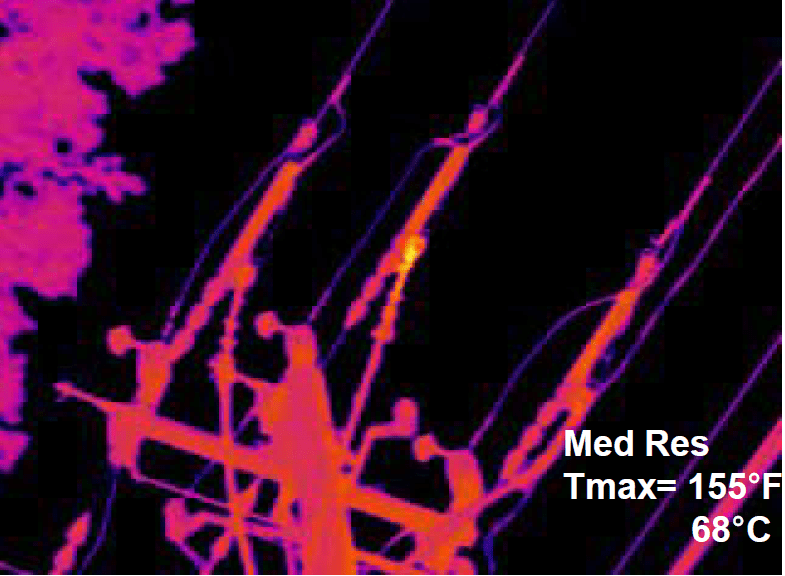 What is immediately noticeable is that in the hi-res photo much more detail is visible. It is easier to identify problems. There is also a serious difference in the measured temperatures (78 °C vs 68 °C).

The difference between different resolutions is even greater in the following measurement of a transformer: 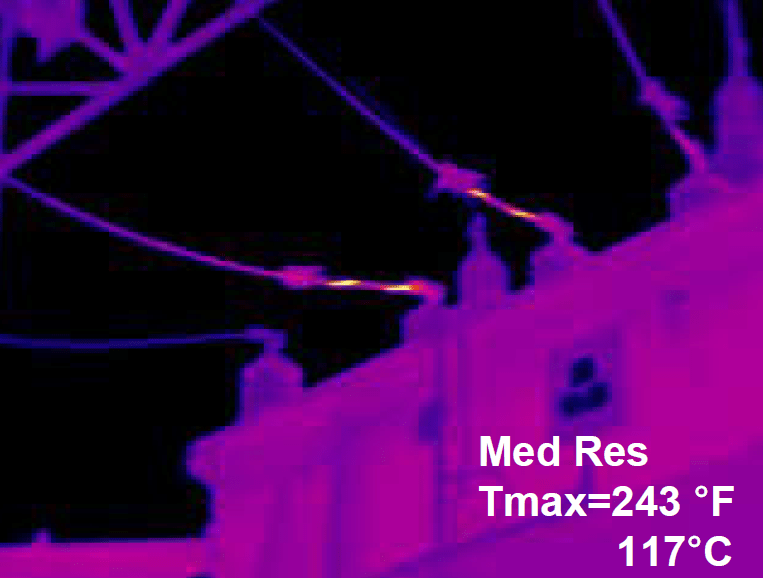 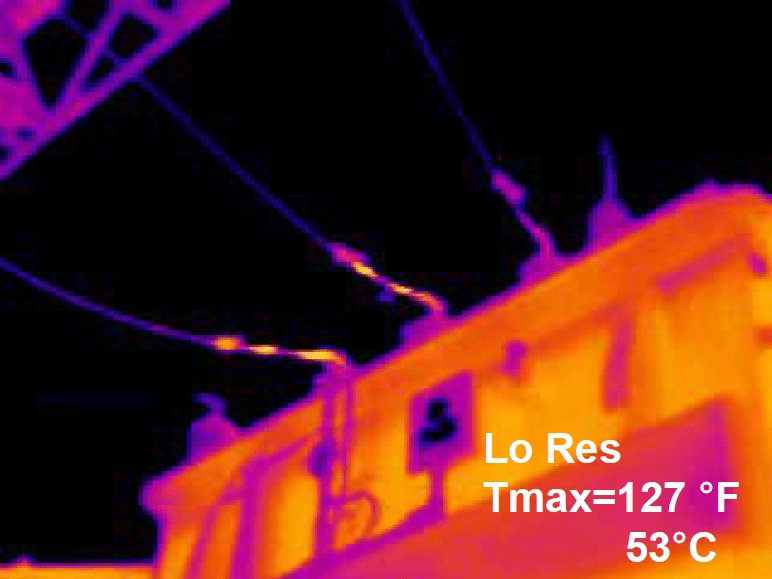 The resolution of the lower thermal camera is not really suitable for this measurement. The average temperature measured there is drastically lower than the actual temperature due to the cold background radiation from the sky. This would underestimate the seriousness of the situation.

We can help you determine which resolution and lenses are needed to make reliable measurements in your application.

The choice is usually determined by a combination of lens and detector, as well as the versatility in which the camera is to be used. A camera can have a good accuracy. But if too few pixels cover the region of interest, an incorrect measurement will be the result.

The difference between accuracy and precision explained in simple terms 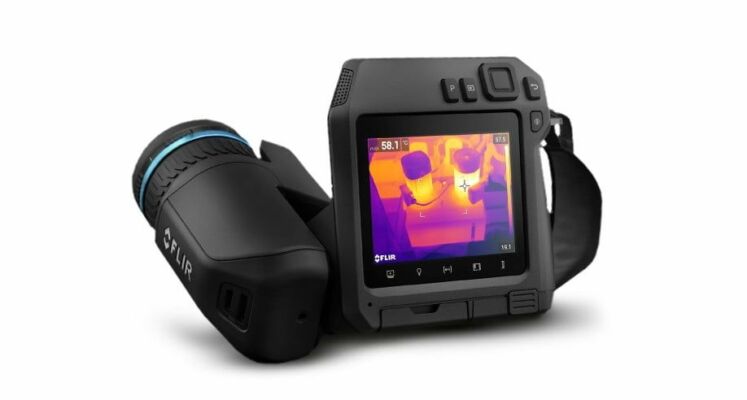 In 6 steps to the right thermal imaging camera

In our range there are dozens of thermal imaging cameras with various specifications. Thus, there is a suitable model for every application, which we find using 6 questions. […]

Read more
« Back to the blog list
We use cookies on our website to give you the most relevant experience by remembering your preferences and repeat visits. By clicking “Accept All”, you consent to the use of ALL the cookies. However, you may visit "Cookie Settings" to provide a controlled consent.
Cookie SettingsAccept All
Manage consent

This website uses cookies to improve your experience while you navigate through the website. Out of these, the cookies that are categorized as necessary are stored on your browser as they are essential for the working of basic functionalities of the website. We also use third-party cookies that help us analyze and understand how you use this website. These cookies will be stored in your browser only with your consent. You also have the option to opt-out of these cookies. But opting out of some of these cookies may affect your browsing experience.
SAVE & ACCEPT

In order to optimize your user experience, we would like to know how we can service you. If you make the choice below, we can provide you with more specific information. Thanks in advance from the Thermal Focus Team.